Snippets of the moments where the media has both acknowledged and supported the work of Do It For The Kids!

DIFTK Interview at Center for Innovation and Technology (CITES) 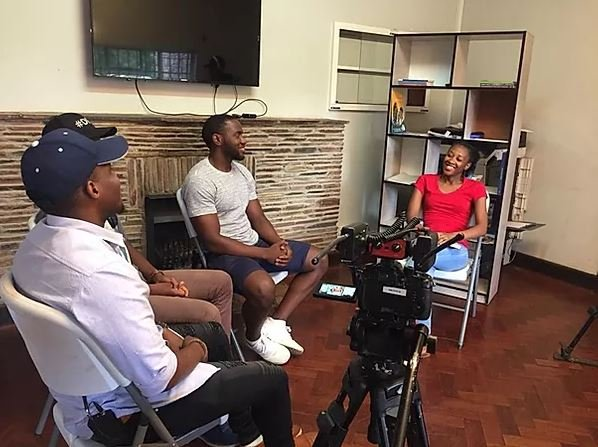 DIFTK co-founders Terry Nesu, Joseph and Dominc had the opportunity to talk about DIFTK at the Centre of Innovation and Technology. Key points were discussed, such as sources of funding, volunteer opportunities and the challenges we face. Click here to see the full interview with Lungile Ngwenya.

We were invited to promote the 2018 edition of The Amazing Race on Khulumani fm. Click here to watch an excerpt from the interview. 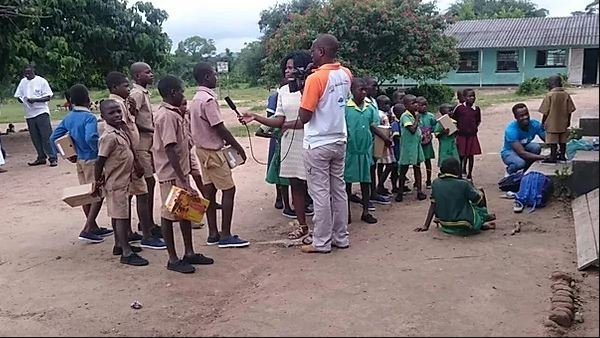 Dominic and Kundai had the awesome privilege of travelling to Nyahombe Primary School in Chivi to donate shoes to the pupils, some of which had to walk 10km to school barefoot! The national broadcaster, Zbc was there to capture the moment, and we were featured on Zbc Prime time (8pm) news. Click here to watch the story. 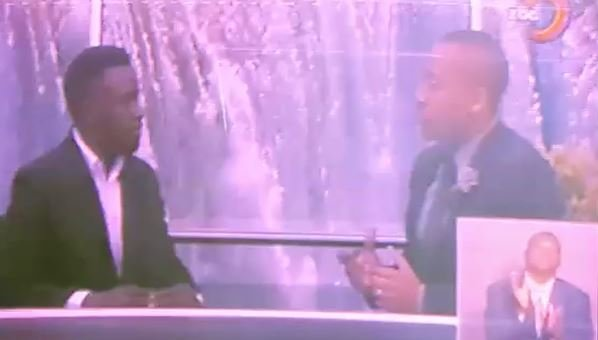 DIFTK vice president, Dominic Mazvimavi, had the privilege of sharing with the country on Zimbabwe’s national broadcaster, ZBC, in an interview with popular presenter Arthur C. Evans about DIFTK and the charitable work that it aims to do.

Viola Mzungwanana
Visting childen’s homes countless times has given one Joseph Moyo and his friends an idea on how to start fundraising for children’s homes.

“We usually visit orphanages with my friends and what moved us was what we encountered recently. It was a really cold day and most of the kids there were barefooted. The sight was painful,” said Moyo. Moyo and his teen friends call their new organisation, “Do It For The Kids”, and the passionate teens are holding a colour festival on Friday at Hartsfield Rugby grounds as a way of fundraising for the orphanage. The teens who will be fundraising for children aged between 1 and 14 years old said that at the entrance, children or elders who are willing can pay whatever they can afford to offer.
“At the entrance, we are appealing for donations,it can be cash whichever amount an individual can afford. It can be clothes or anything that might be helpful to the children,” said Moyo.

The event which will mainly involve paint fights, sport events and a variety of other activities like jumping castles might be a family affair for the weekend. The teens will be selling refreshments.
“We are really hoping to get people who will make it possible for us to paint smiles on those poor kids. We also got funding from our friend who is in Australia so we organise our set-up at Hartsfield,” added Moyo.
The 19-year-old said they met as a team, went online and searched for ideas on how to fundraise.

The paint colouring festival appealed to them. “We were undecided on how we would fundraise for the kids, so we went online and we all agreed on the paint colouring idea, and I can guarantee that it be fun,” added Moyo. 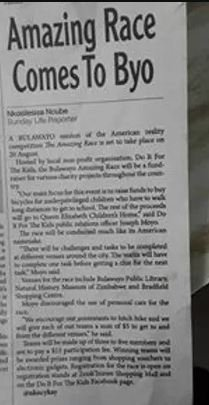 A BULAWAYO version of the American reality competition The Amazing Race is set to take place on 20 August.

Hosted by local non-profit organisation, Do It For The Kids, the Bulawayo Amazing Race will be a fundraiser for various charity projects throughout the country.

“Our main focus for this event is to raise funds to buy bicycles for underprivileged children who have to walk long distances to get to school. The rest of the proceeds will go to Queen Elizabeth Children’s Home,” said Do It For The Kids public relations officer Joseph Moyo.

The race will be conducted much like its American namesake.

“There will be challenges and tasks to be completed at different venues around the city. The teams will have to complete one task before getting a clue for the next task,” Moyo said.

Venues for the race include Bulawayo Public Library, Natural History Museum of Zimbabwe and Bradfield Shopping Centre.
Moyo discouraged the use of personal cars for the race.

“We encourage our contestants to hitch hike and we will give each of our teams a sum of $5 to get to and from the different venues,” he said.

Teams will be made up of three to five members and are to pay a $15 participation fee. Winning teams will be awarded prizes ranging from shopping vouchers to electronic gadgets. Registration for the race is open on registration stands at Zonk’Izizwe Shopping Mall and on the Do It For The Kids Facebook page.

Credit to The Sunday News.